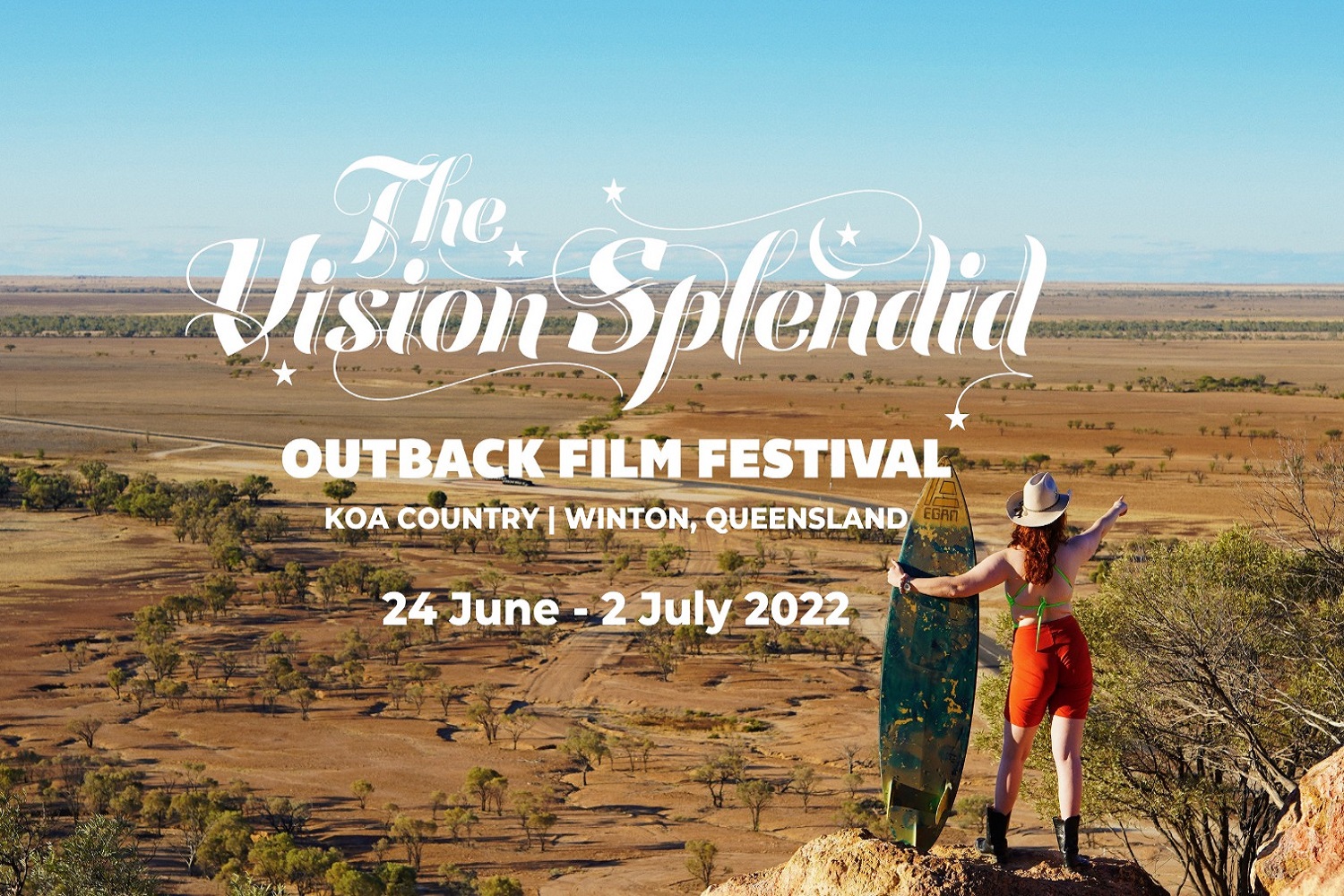 Uniting the dreamers, explorers, filmmakers, and seekers, the event consists of an immersive nine-day program with screenings under the stars in Winton’s 104-year-old Royal Open Air Cinema.

With prestigious Chauvel Award recipient and proud Goa, Gunggari, Wakka Wakka Murri woman, Leah Purcell, appointed as Patron, this year’s festival will place emphasis on honouring the traditional custodians of the lands and seas on which we work, live and create – celebrating First Nations Day during the festival week on Sunday, June 26.

Included in the schedule is a program of masterclasses, workshops, and live entertainment for all ages, as well as a short film competition.

Once again Winton will be the home to more than 60 film, animation, and screenwriting students as part of Kolperi Outback Filmmaking, formally known as the Vision Splendid Institute.

An initiative of the Vision Splendid Outback Film Festival, the mentorship program has grown to a consortium between the festival, Griffith Film School, Winton Shire Council, and Koa Traditional Owners.

The festival will also feature a Dreamtime Storytelling Masterclass – designed to facilitate, develop and support emerging Indigenous filmmakers and writers to tell their stories in their own way.

Six Indigenous filmmakers and writers will be selected to travel to Winton, where they will partake in week-long masterclasses facilitated by Sue McPherson and supported by Leah Purcell and Bain Stewart.